The intangible capital of companies : a valuation lever

The intangible capital of companies : a valuation lever

This article explains the contribution of this new valuation tool as a very useful process for startups that have almost no real assets or turnover at the beginning of their business. Methods based on basic accounting documents (tax return and appended documents) are often not sufficient or not very relevant. It is better to assess the future potential development based on their intangible capital. This involves regularly monitoring all of their tangible and intangible resources which are out of record in the accounts. This will be done at the individual level of each partner, but also globally at the team level. We will limit ourselves to the constitutive elements of the Human Capital and the Business Model that would be traced in the Information System. This is the best way to get a better assessment of the future development of the company. The new Information System that would result could allow better responsiveness, thanks to better creativity.

Valuation from the accounting information system:

The different types of assets

There are 4 main types of assets: tangible, financial, legal intangible and strategic intangible.The tangible asset is characterized by the possession of a good which can be material (such as land, building, machine, vehicle…).The financial asset (Equity security, VMP, receivables, etc.) has a physical existence and therefore is valued precisely on the balance sheet of a company and can often be subject to amortization or depreciation.The legal intangible asset generally results from an evaluation for a transaction: trademark, right to lease, patent, license, goodwill… but is nevertheless valued on the company’s balance sheet.Strategic Intangible assets, on the other hand, are not valued on the balance sheet but can nevertheless represent a very significant part of the value of a company.

Valuation of Goodwill by subtraction

When we want to assess the intangible value of a company and more precisely its Goodwill or Badwill, the usual approach is generally subtractive.The Goodwill will then be found by the difference between the Market Value and the Book Value, most often in terms of assets or performance depending on the chosen method.The Market Value is generally not known, except for listed companies on the stock exchange.In addition, the heritage value is often called into question since it is essentially based on a historical accounting record. Performance value, on the other hand, is often irrelevant for a startup that has very low turnover at the beginning of its Business.Both are essentially based on the Accounting Information System thanks to various concepts such as:– the ANA (Adjusted Net Assets)– DCFs (Discounted Cash Flows)

When it becomes significant, which is frequently the case today with startups, it becomes essential to know how to value it other than residually by referring to the Market Value. This can be done, in a monetary way, from the accounting information system, by referring to sectoral standards for each of the different accounting masses.

Valuation from the non-accounting information system

It will also be an additive valuation of Goodwill without direct reference to the accounting system. This is the essential subject of this article.

It will be a question of valuing different immaterial assets, individual or collective.

All of these elements will lead to a valuation of the startup, not mainly in monetary terms but above all in terms of future development prospects. This drives us to ask the following question:

To what extent can we follow, using the non-accounting information system of a startup, the different components of all its intangible assets in order to anticipate its possibilities of development or transmission?

It is simply a matter of taking inventory of what you want to evaluate. We can then analyze them in more detail by splitting them down into tangible or intangible assets.

We will then focus mainly on Human Capital and the Business Model (BM). The goal is to follow, via the non-accounting information system, the elements of Human Capital or BM that provide an idea of ​​the future value of the startup.

The Human Capital of a Company takes an increasingly important place in Companies where Artificial Intelligence replaces most executive and even management positions. It lies in the aggregation of various skills, aptitudes, knowledge, experience or creativity which allows the company to be more responsive. This will allow it to be both more effective and efficient. This is what the work of Laurent Cappelletti tends to demonstrate in 2010.

It is therefore a question of being able to record and follow the evolution of these components in the Company’s Information System, which can be done quite easily after the implementation of an ERP such as SAP HR for example.

In a world forced to constantly innovate, “startups” are becoming complementary to large companies, equipped with significant technical resources.

This assumes that large Groups agree to finance these small creative businesses at the beginning.

More specifically, we detail below all of these characteristics related to Human Capital or the Business Model that can be recorded in the Company’s non-accounting Information System on a regular basis, most often monthly or annual.

Valuation at the individual level

The tangible assets of a Partner in a start-up:

A number of assets can be considered tangible without necessarily being material. They have a Market Value but cannot be transferred directly, except through an employment contract which governs their availability with a remuneration grid practiced on the market:

With an ERP and its HRM module, you can follow all the training courses granted to the staff (decided by the company) and reconcile them with the management accounting data allowed by the ERP, in order to be able to take reactive decisions.

Intangible assets linked to a Partner

Nevertheless, tangible assets must often be taken into account among a certain number of immaterial assets which will allow them to be valued and of an individual or collective nature.

We can rely on trademark registrations, invention patents, published articles, publications or videos posted by each partner.

This can be noted by surveys carried out with staff and also customers and see how it evolves over the development of a project. All these notes can be recorded in the Information System.

Humor is taking an increasingly recognized place in the functioning of companies, as shown by Stéphane Le Lay and Barbara Pentimalli in 2013.

We could do the same with a number of other criteria such as empathy, generosity, etc…

Valuation at the team level

They are generally low for a startup that has few resources at first, but we can nevertheless take into account the tools at its disposal: computers, printers, networks, etc.

We will mainly focus on the following intangible elements:

It is not only about being creative, the products or services offered must be salable and meet a viable Business Model. This is why a jury must be formed to judge the relevance of the Business Model proposed and defended by the candidate. A Business Plan is only of interest if the Business Model that underpins it is solid and justified.

Traditional Information Systems are generally unsuited to the complexity of new Business Models.

The Information System will make it possible to record all customer opinions and log them in order to see their evolution and relate them to the efforts made by the team.

We can also analyze the evolution of profitability, in particular by calculating gross margins, margins on variable costs, etc… and show or predict how the BM is changing.

The BM appears as a cross-cutting concept that first integrates aspects relating to the Company’s strategy, but also to marketing concerning customers and pricing policy and also to management control through the analysis of the costs structure.

Some authors have tried to study more precisely certain marketing and strategic resources such as the Business Model (BM).

It is a question of studying what its flexibility or rigidity translates into. We also talk about the scalability of the Business Model. Indeed, we see in the field, particularly among incubators, clusters or accelerators, that most startups change their Business Model or even often their product. The important thing is the potential of the team and the flexibility of its model.

In this perspective, Chesbrough and Rosembloom identified in 2000 only three citations for the expression “Business Model” in the Econolit database of worldwide academic research in Management.

To this end, we can take into account the work of J. Magretta in 2002: “Why Business Model Matter”.

A start-up creator can be excellent in one team and not be able to adapt to another team, simply because the atmosphere between the members, the relations with the customers, the role of the manager does not suit him. It is not because a start-up recruits high-level collaborators, each in their position, that the team will succeed and be the best on the planned project. It’s also necessary to take into account their complementarity.

This is already starting to happen with Artificial Intelligence systems developed in particular by IBM which analyze in real time the general mood that reigns in a company. This can be analyzed by taking into account the messages posted on social networks and on the Company’s Information System.

Integration into a cluster

It will be necessary to be able to record in the Information System, all the links that it will have been able to weave throughout its presence and if it has given rise to research articles or partnerships with laboratories or large companies.

Thus, Dong showed that intrapreneurs explore new ways of growth within an existing business and compete with entrepreneurs who launch new businesses.

They are the basis of the constitution of Badwill in the company which results in resistance in the Company, in particular to change.

It must nevertheless be considered that there may be subtractive elements, and this is how we have developed a new notion which is apparently limited to date only in the notion of Badwill.

Ultimately, this new vision overcomes the insufficiencies of the accounting system which by its nature of historization is turned on the past while the non-accounting information system is positioned on the present and its foreseeable consequences on the future of the company. 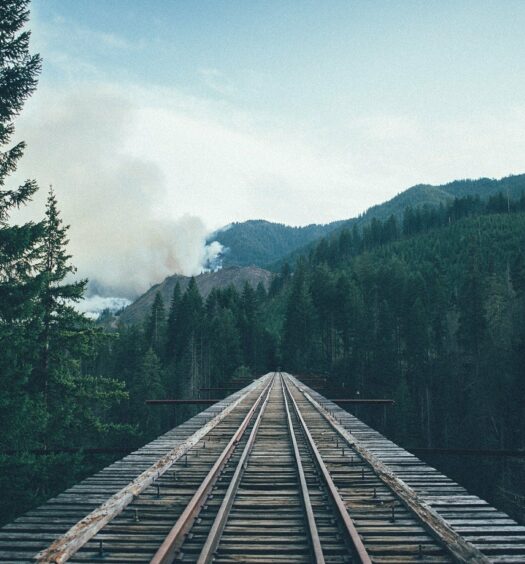